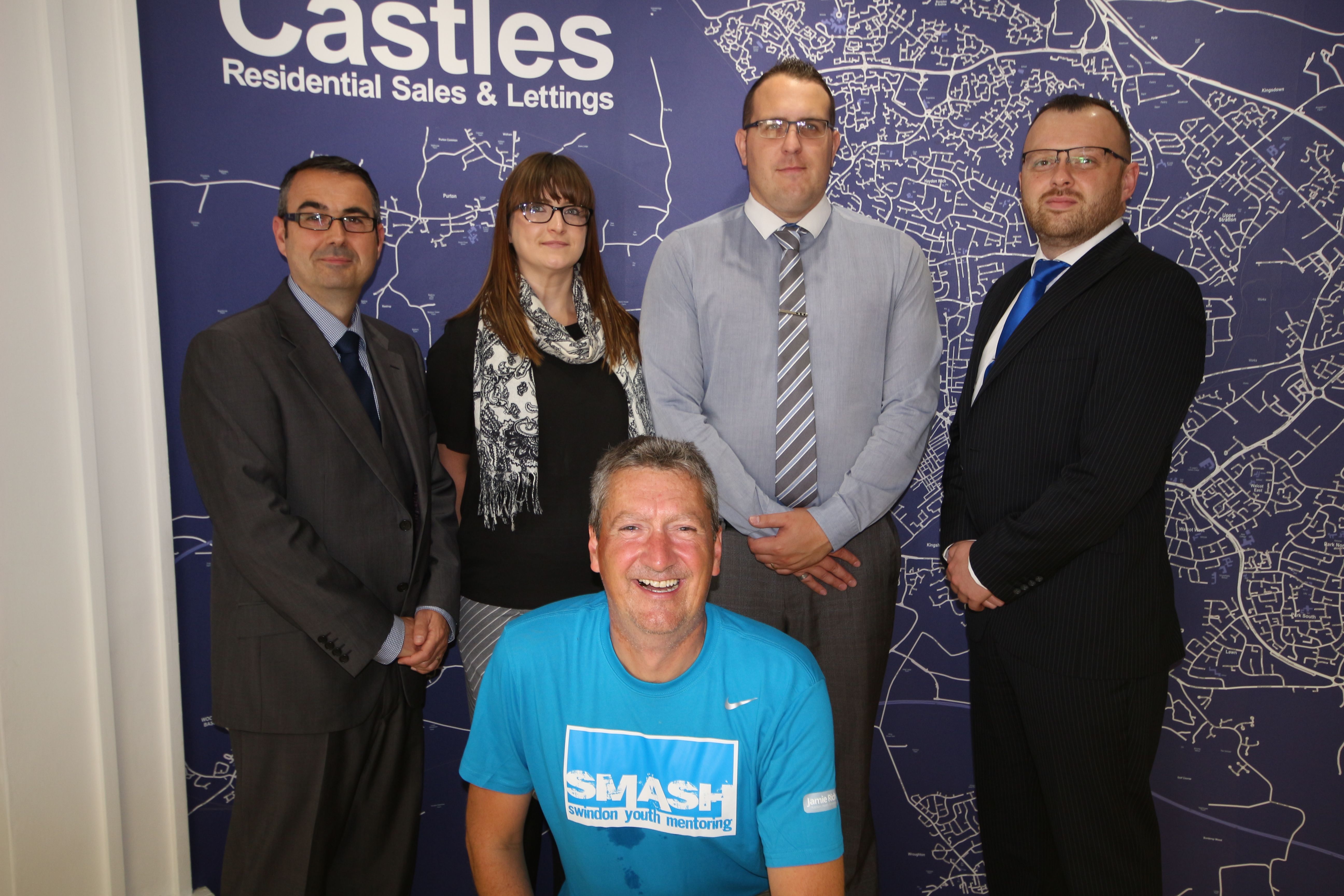 The company, one of Swindon’s leading independent estate agents, recently handed over a cheque for £200, as part of a £1250 sponsorship, to Jamie as he took a break from training for the legendary Berghaus Dragon’s Back Race™ in May 2017.

The five-day adventure covers 300 kilometres and climbs 16,000 metres through the wild, trackless, remote and mountainous terrain of Wales from north to south. It holds ‘toughest race’ status, being classed as the toughest five-day mountain running race in the world.

Mark Noble, managing director of Castles, said: “SMASH Youth Project fills an enormous gap in the lives of vulnerable young people in Swindon. Where many institutions exclude these people, SMASH Youth Project is there showing belief in their potential and providing support and guidance. Their contribution – which they give freely – to these people is invaluable both for the individuals who benefit directly and the wider community. So, we’re delighted at Castles to support Jamie’s efforts and, by extension, SMASH Youth Project.”

Jamie is a nutrition, health and performance consultant. He works with individuals, organisations, teams and athletes across the south west, helping them regain health, optimise their weight and boost their performance.

He said: “I’ve always enjoyed getting involved with local charities and as my 50th birthday approaches, I wanted a challenge to celebrate this.”

Jamie continues “My partner, Tracy Ellis, has been a SMASH mentor for some time and I’ve seen the fantastic direct impact that they have. We’ve set a deliberately high target of £30,000 over the next 10 months, that I hope reflects the huge effort that’s going into attempting a terrifying race like this, under the banner SMASH YOUR GOALS. But more importantly, we’d like to raise awareness of the tremendous benefits of mentoring within the local community, it’s such a rewarding experience. “

SMASH Youth Project has been running for over 16 years. It gives young people aged 9-19 years the chance to become everything they can be through mentoring. Since 1999, the charity has helped over 1,000 young people transform their lives.